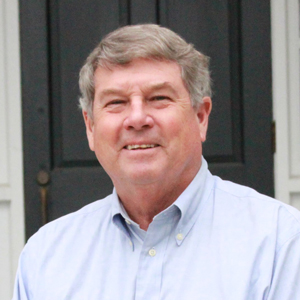 Holt is Vice President of Construction for Wake Stone Corporation. In this role, he oversees all aspects of construction across the company’s five quarries.

Holt has been a member of the Wake Stone family since graduating from North Carolina State University in 1979 with a Bachelor of Science Degree in Mechanical Engineering. At NC State, Holt played and lettered four years on the varsity lacrosse team.

He was first introduced to the stone industry when he was roommates with Ted Bratton his sophomore year of college. Holt began working part-time at the quarries during college and found that he really enjoyed all aspects of the mining industry. Mr. Bratton asked him to take additional classes at NC State that would be useful in the aggregates business. Upon graduation he was asked to join the company full time.

Outside of work, Holt enjoys playing golf, tennis and hunting. He and his wife live in Raleigh and have two daughters.