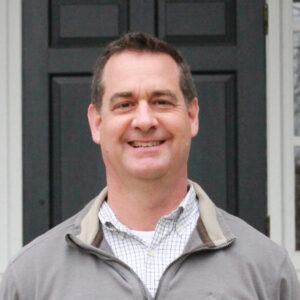 Trent is Vice President of Sales for Wake Stone Corporation. He joined Wake Stone in 2007 as a Senior Sales Representative for eastern North Carolina and worked his way up through several sales roles in the company before assuming his current leadership position.
Prior to Wake Stone, Trent worked in the private engineering field as a structural design engineer. He then began his career in the aggregates industry with Martin Marietta. Trent is a graduate of North Carolina State University with a Bachelor of Science Degree in Civil Engineering.

Outside work, Trent serves as Past President of the Executive Committee of the North Carolina Aggregates Association. He is actively involved at Hope Community Church in Raleigh, where he is a volunteer for special events, including Tim Tebow’s Night to Shine, men’s fellowship and holds a leadership role in his small group. Trent is an avid Wolf Pack fan and enjoys golf, kayaking and spending time with his family. Trent has been married to his wife, Kim, for 21 years and they have two children.