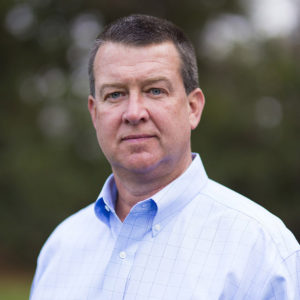 Pete is Vice President of Finance for Wake Stone Corporation.  He began his career with the company as a weighmaster at Knightdale Quarry in 1985.  He moved to the corporate office in 1991and has served in several roles in accounting and data processing.

Pete, a native of Knightdale, has represented the company in the community with various civic groups and was Knightdale Chamber of Commerce President in 2002.  He recently completed a term on the Knightdale Town Council from 2015-2019.

Pete and his wife, Karen, have two daughters and reside in Knightdale.