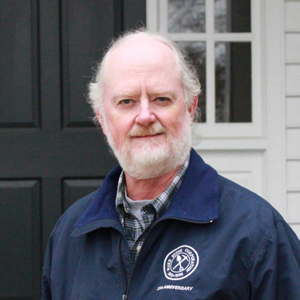 David is the Head Geologist and Environmental Supervisor for Wake Stone Corporation. In this role, he is responsible for acquiring and maintaining compliance with all environmental permits required for each of the company’s five quarry operations, as well as managing Wake Stone’s exploration efforts aimed at discovering new quarry opportunities.

Since joining the Wake Stone management team in 1986, David has examined numerous potential quarry sites in North and South Carolina. He was instrumental in discovering, and then acquiring all necessary environmental permits for the Nash County and North Myrtle Beach Quarries.

Prior to Wake Stone, David worked seven years for Phelps Dodge Corporation as a base and precious metals exploration geologist.

David graduated from North Carolina State University in 1979 with a Bachelor’s degree in Geology. He remains actively involved in the company’s educational outreach efforts with local schools and universities, a program he initiated shortly after joining Wake Stone.