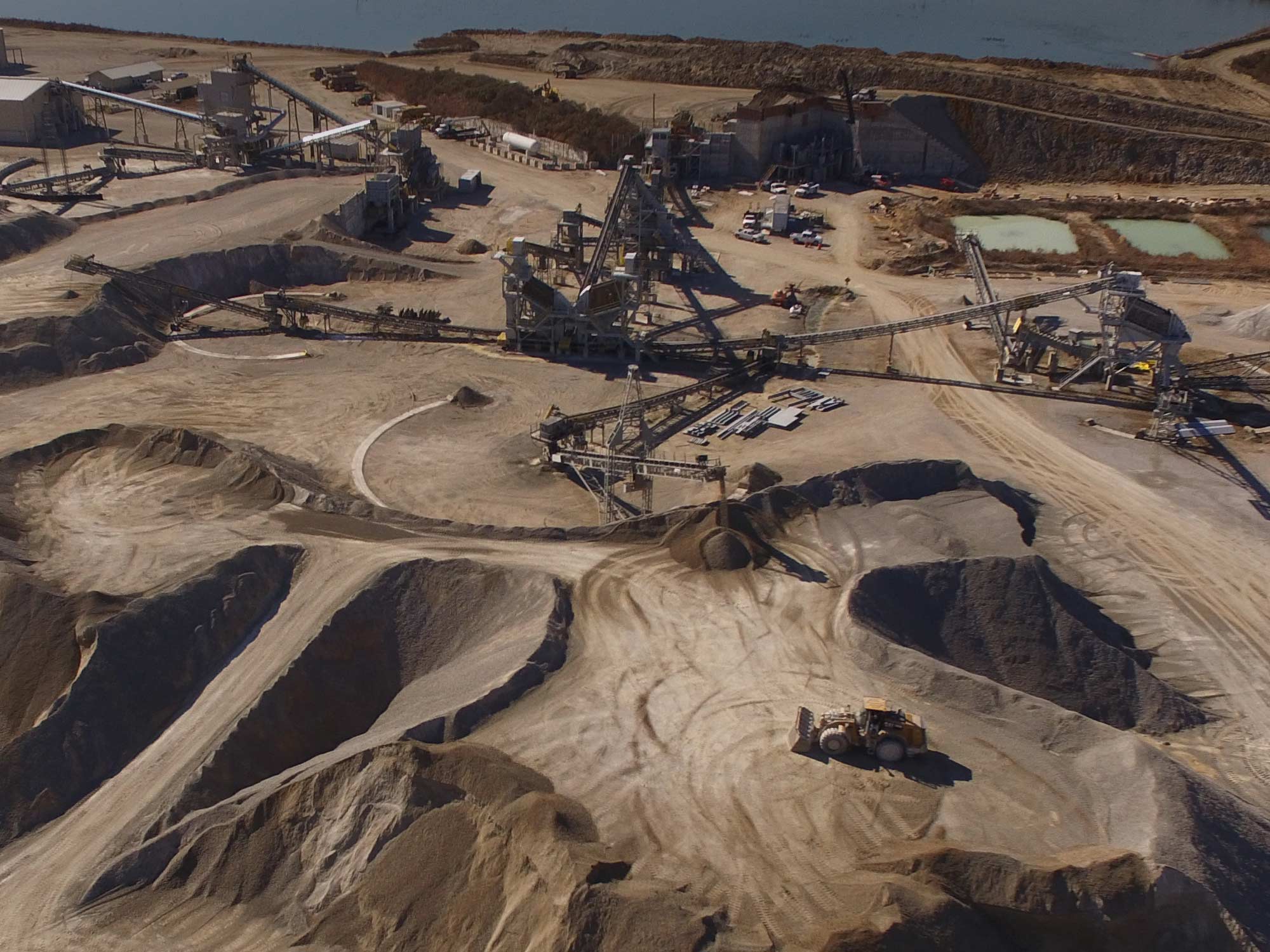 Locating and acquiring a viable hard rock deposit is very dif­ficult, but finding minable, marine limestone in the Carolinas is even harder. Since the late 1980’s we had searched for a South Carolina site. Finally, in 2000, we were able to purchase 400 acres on SC Highway 9, fifteen miles west of North Myrtle Beach. In addi­tion, we negotiated a mineral lease for 1,100 acres adjacent to our property with International Paper Company (IP). And by 2002 we had excavated the initial pit, erected the crushing plant, and begun selling stone. Our timing could not have been better as the Myrtle Beach area exploded in residential development.  In 2014, we purchased the IP property solidifying many years of reserves.  After having a local sales agent for a year, Sam Bratton became the first sales person for the quarry in 2002.

In the ensuing years, it became evident that the chemical properties of the limestone deposit we are mining would allow us to expand our product line beyond the construction materials we produce in the North Carolina operations. In 2013 we constructed an AgLime processing plant to produce high grade calcium products for the agricultural and landscaping industries. And in 2018 we began producing calcium feed supplements for livestock through that same plant addition.  Seven years after our start, we are selling 100,000 tons per year of agricultural products to nearby customers.

In 2016 we hired Jason Miller to begin training to replace Hunter Bratton as the quarry superintendent. Jason came to us from the construction materials testing and engineering industry, where he had worked with us on several projects over the years.  Since he already had significant experience using our products, it was a natural transition for him to make the move to producing construction aggregate products.  Pit foreman Felipe Mendoza and plant foreman Richard Causey, both of whom were hired in 2002.  And completing the supervisory team is office manager Danny Mizell moved from the Shop Manager position at Knightdale to help open the location in 2001.  Hunter Jenkins was hired as our Sales Representative in 2004, and with his local ties and Clemson football captain heritage, has established our loyal customer base. 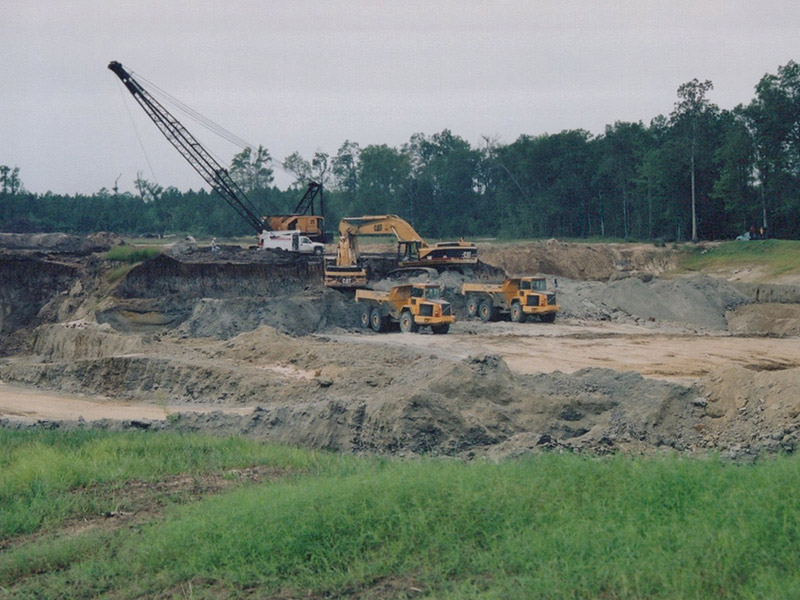 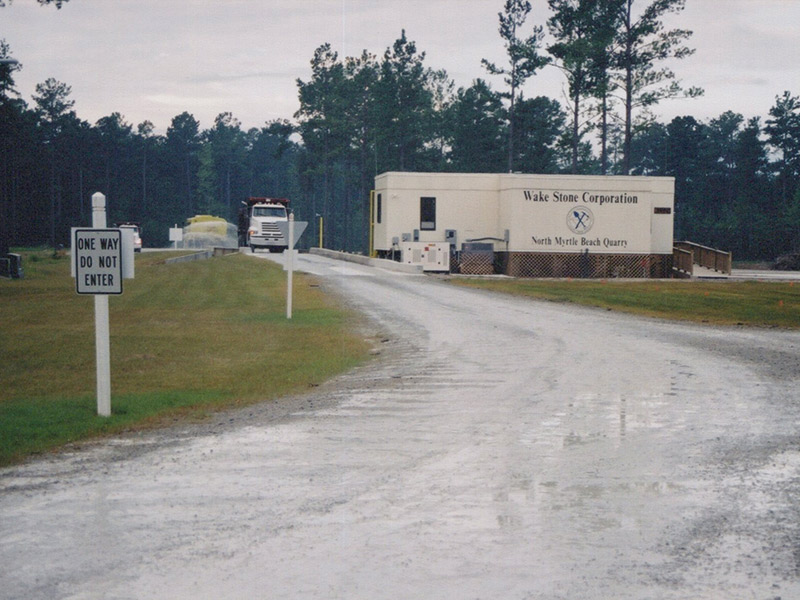 Truck on scales in front of scale house 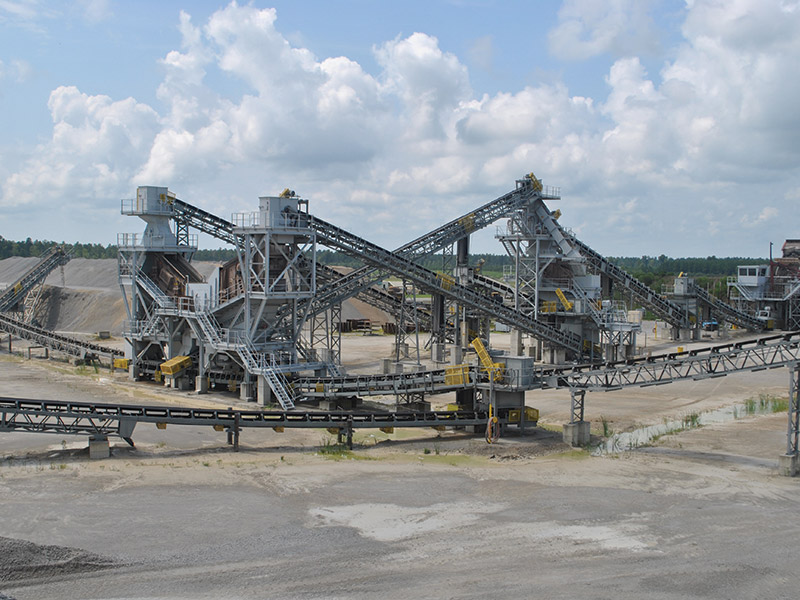 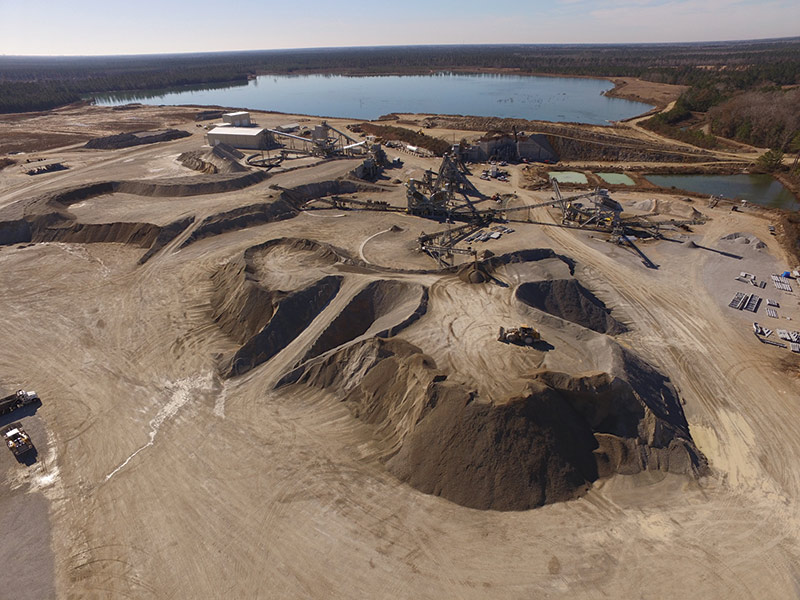