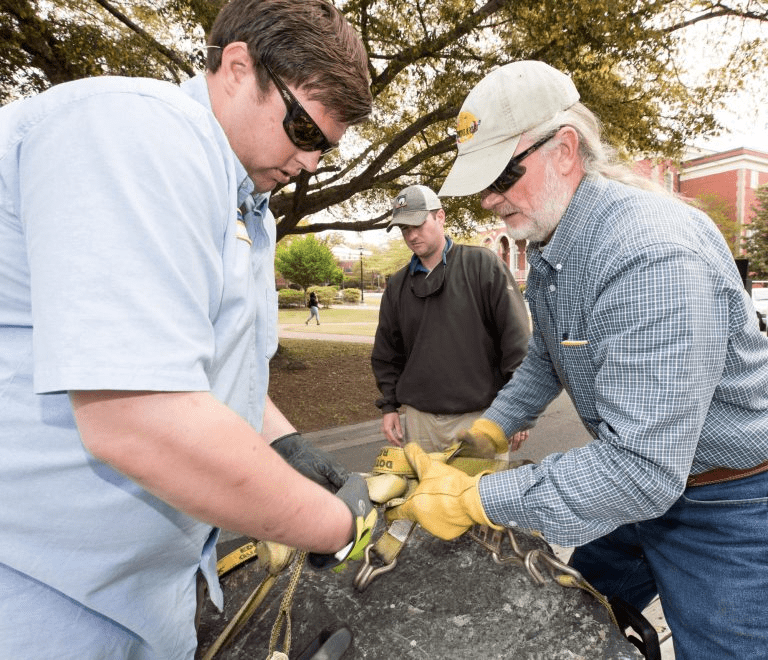 The boulders were installed for display outside of the Graham Building as part of the department’s collection of North Carolina rock types.

Each boulder weighs several tons and came from a Rocky Mount rock quarry.

ECU students will benefit from the donation of the boulders, which will contribute to their education.

“Undergraduate and graduate geoscience majors at ECU will utilize these specimens in various classes, including our yearlong sequence of the study of earth materials called mineralogy/petrology,” said Dr. Richard Spruill, associate professor in the Department of Geological Sciences. “No other university in North Carolina has such an extensive collection of specimens of rocks from N.C.”

The donation was made possible by the Wake Stone Corporation. The boulders are from a granite intrusion exposed at the land surface in the quarry. A much younger intrusion of a dark colored rock called diabase, which occurred approximately 150 million years ago during the Mesozoic opening of the Atlantic Ocean, also exists at the site.