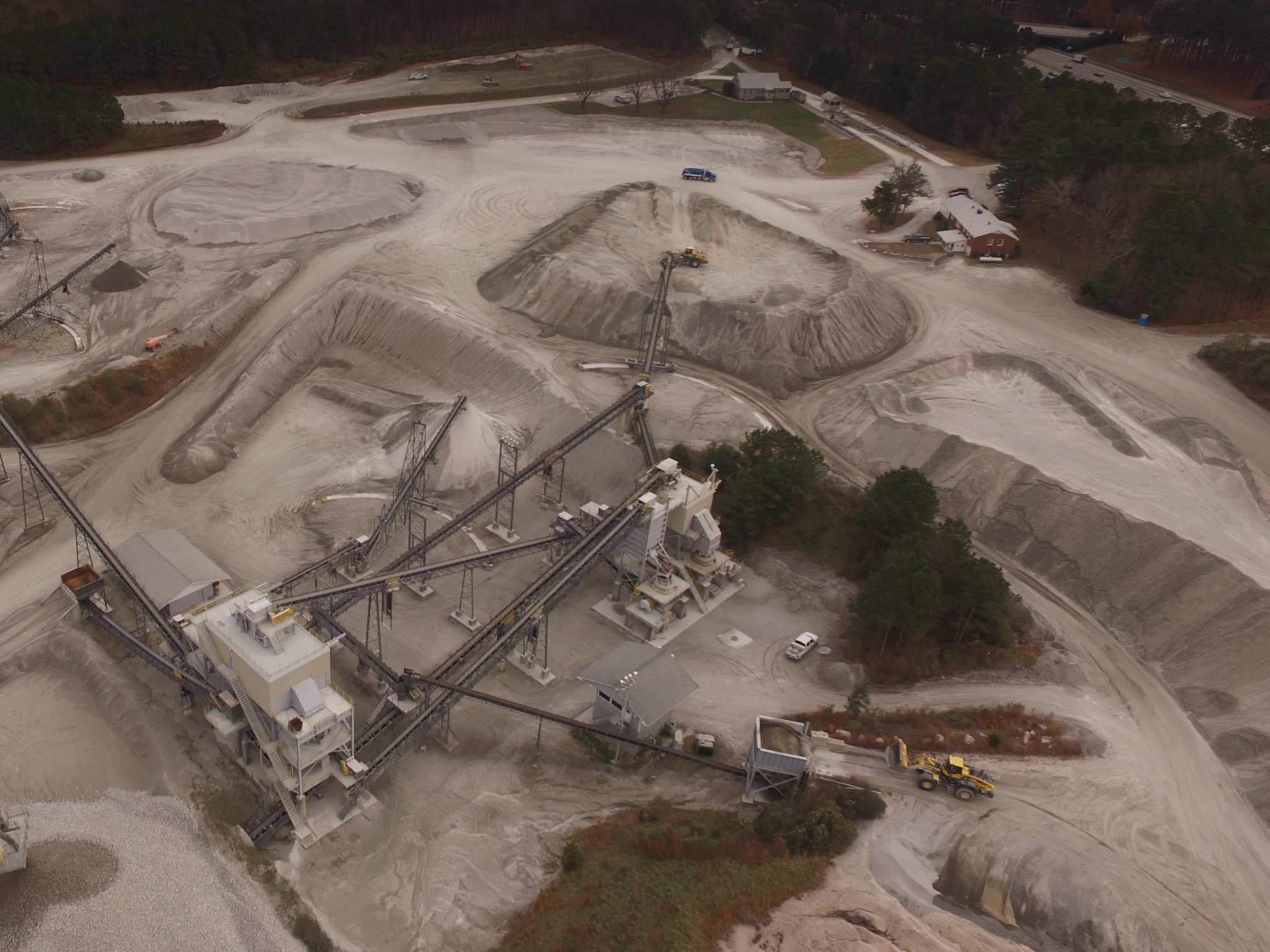 Of Wake Stone’s five quarries, none presented a greater challenge to open than the Triangle Quarry. The company had to acquire options on multiple parcels of land while trying to permit and zone the site. The arduous task ended in 1982 after three years of effort and litigation when Wake Stone was awarded a mining permit and the property zoned for mining. The effort has been worth it. Since its opening, the Triangle Quarry has been one of the busiest in Wake County, producing over 50 million tons in its 38 years of mining.

Wake Stone was able to move quickly once the opening was approved. Much of the equipment and many of the crewmembers were relocated from the Moncure Quarry when it was shut down. The team was already experienced in working together.

The company began a two-phase major plant expansion in 1986. When the expansion was completed in 1988, the plant could produce over 1,000 tons per hour. The capacity was necessary because the growth of Cary, the Research Triangle Park, and the Raleigh-Durham International Airport made it a challenge just to keep inventory on the ground. In 1998, to meet continued needs, a new primary crushing station was located in the pit. At the time this was the largest construction project built by Wake Stone employees. Its completion provided Triangle with produc­tion efficiencies second to none.

While the location of Triangle Quarry has generated out­standing sales results, it has also presented many operational challenges. The quarry is bordered by Interstate 40 on the south, by environmentally sensitive Crabtree Creek on the west and north, and by Umstead State Park on the east and north. Its neighbors include Raleigh-Durham International Airport and SAS Institute, the largest privately owned software company in the world.

With this high-profile location, it was very important to buffer the operation to protect Umstead Park.  The berms built and trees planted in the 1980’s make the site so well hidden that most people are not even aware of its existence. In fact, the Wake County Soil Conservation District named the quarry the winner of its urban conservation award in 1985, an unusual distinction for a crushed stone operation. In addition, the Triangle Quarry was awarded the National Stone Association’s Showplace Award in 1987.  State and federal regulators often use Triangle Quarry to train new staff on the right way to run a quarry.

That 38-year history will be important in the future.  In 2019, the Company signed a lease with RDU Airport to mine its 105 acres adjacent to our operating quarry.  Litigation to stop it began almost immediately.  As of our 50th anniversary, state courts have ruled that the lease can continue, but the plaintiffs appealed.  Meanwhile we have submitted our mining permit modification request to the State to mine that parcel and process/sell the stone from our current crushing plant and stockpile location.  We are confident that can be done very well, producing about 25 million tons of stone for the community in a 25-year period while protecting Umstead Park as we have done since 1982.

Area Manager Paul Pierce works out of the Triangle quarry, and has oversight responsibilities for Triangle, Moncure and Nash County operations.  Paul, who came to Wake Stone with­out previous quarry experience in 1986, was trained by Ted Bratton and took responsibility for the quarry in 1989. He has played a key role in developing an outstand­ing work force. Superintendent Hunter Bratton, son of Johnny Bratton, joined Wake Stone in 2010.  Hunter worked his way up through the ranks, serving as both a pit foreman and plant foreman at Moncure and Triangle before being promoted as superintendent at the North Myrtle Beach operation in 2016. Hunter became the superintendent at Triangle in 2018.  Having worked at all of the quarries during his tenure with Wake Stone, Hunter brings significant experience and broad perspective to his role at Triangle. Other critical lead­ership at Triangle includes pit foreman Alvin George, James Ferrell as the plant foreman, and Bo Currie, the Company’s most experienced office manager, well known for his knowledge of the industry, relationships with customers, and sense of humor. This management team with over 100 years of quarry experience is as good as it gets in our industry. 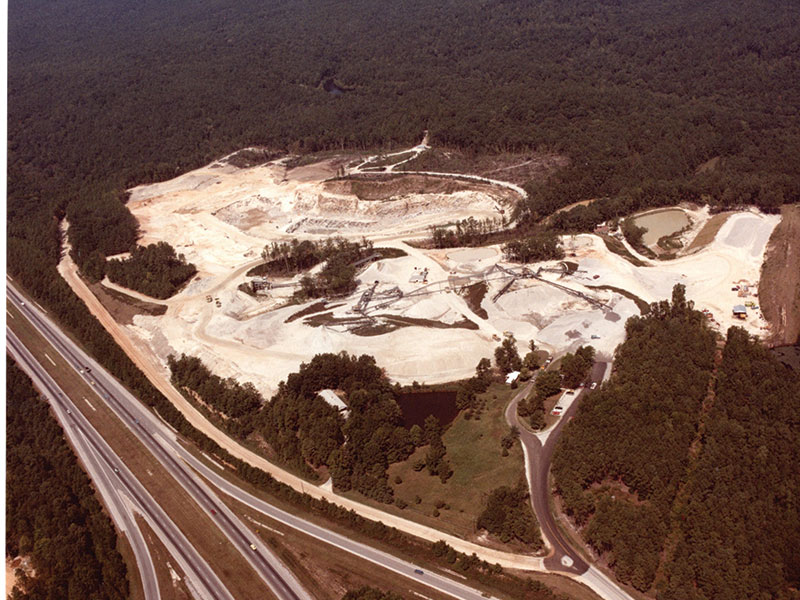 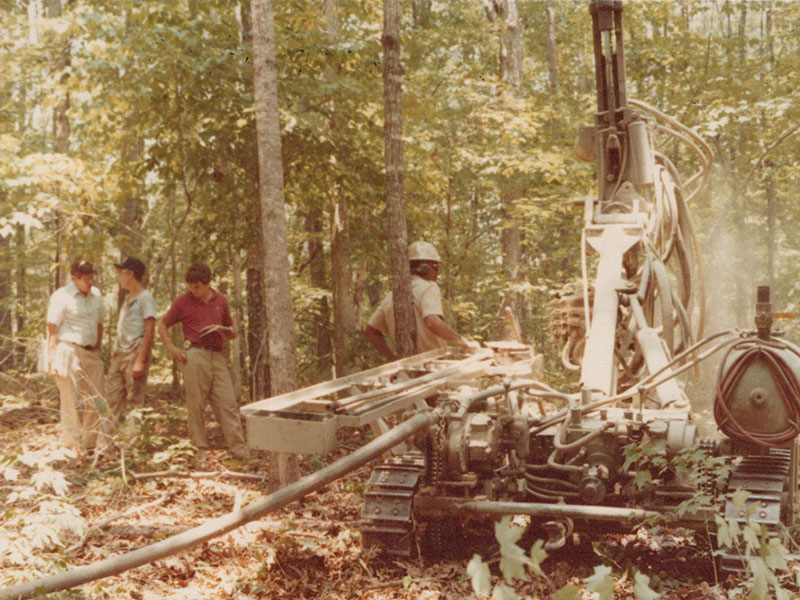 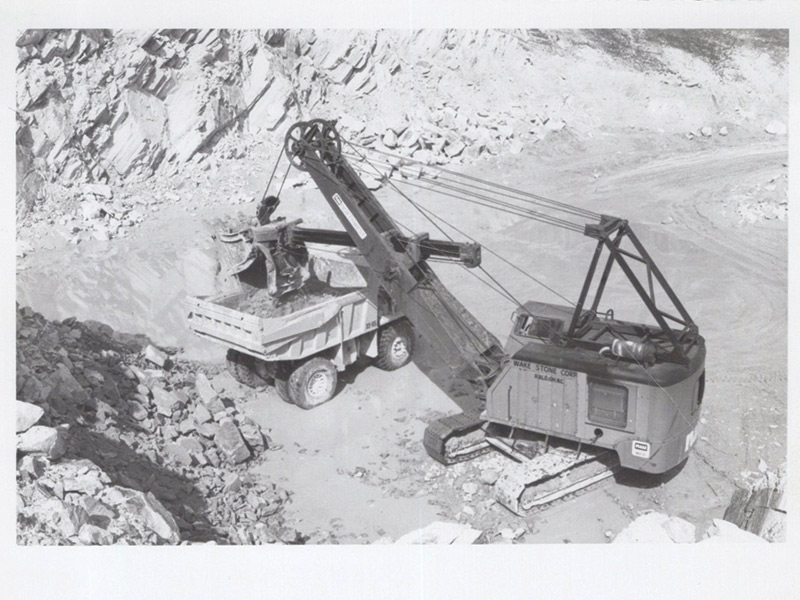 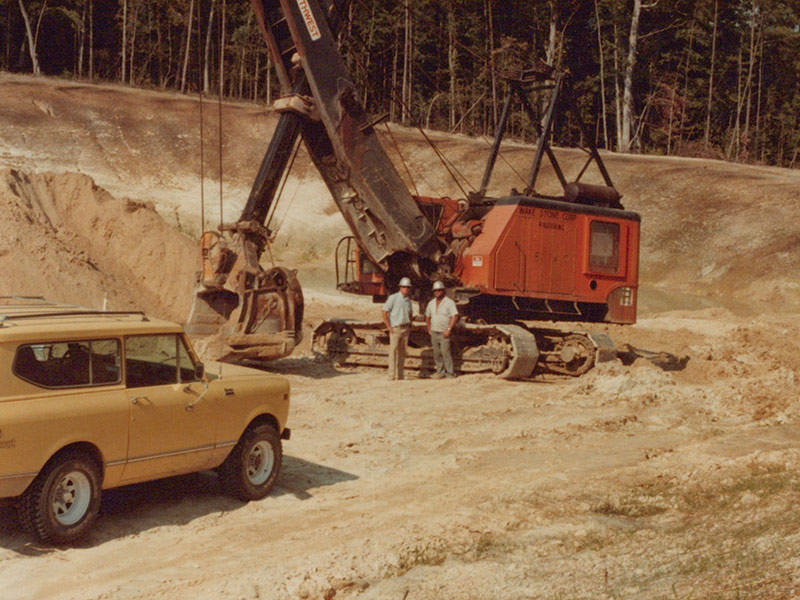 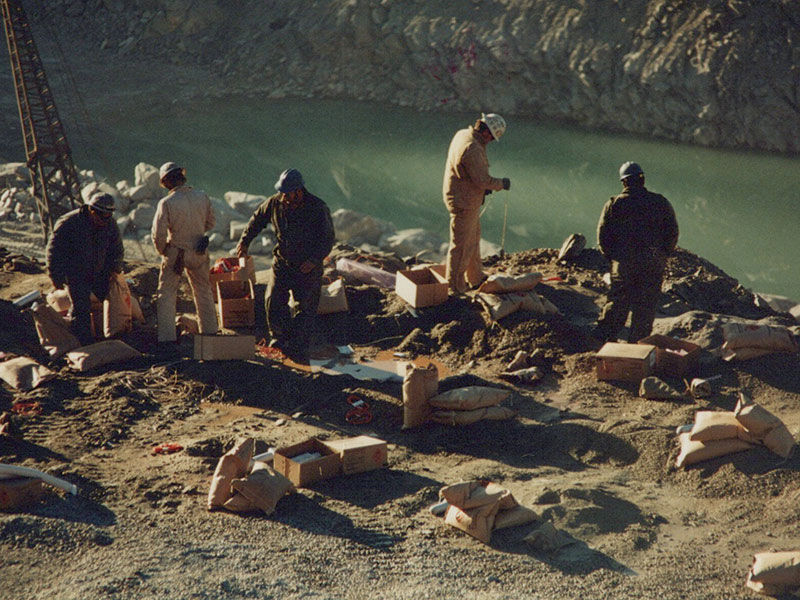 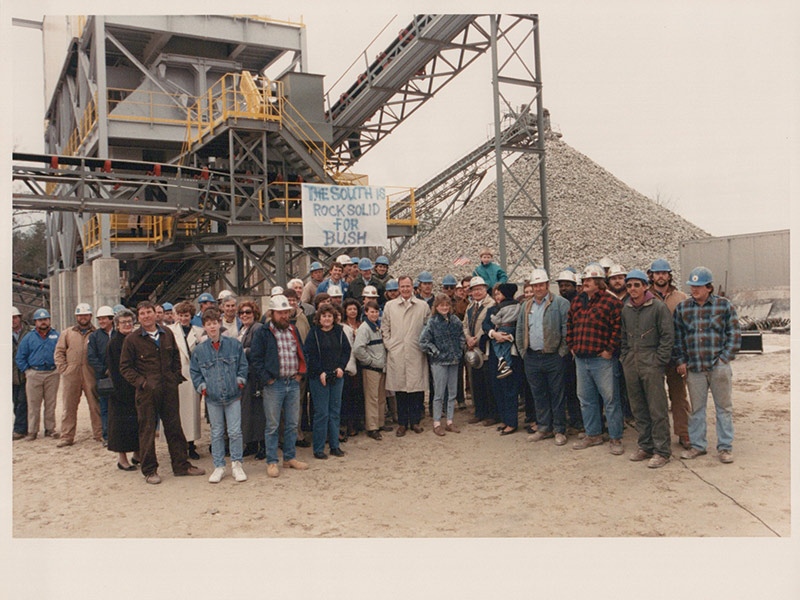 Then presidential candidate George H. W. Bush with the Triangle Quarry crew in front of plant and surge pile 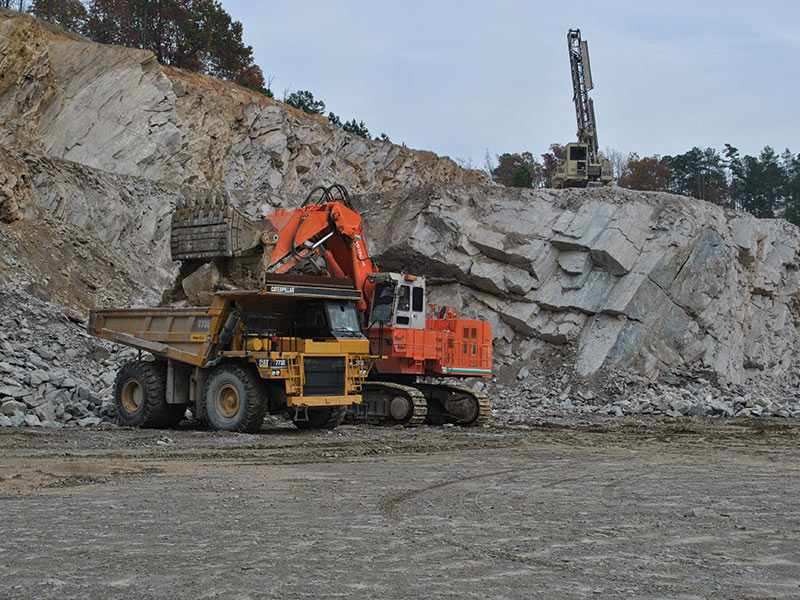 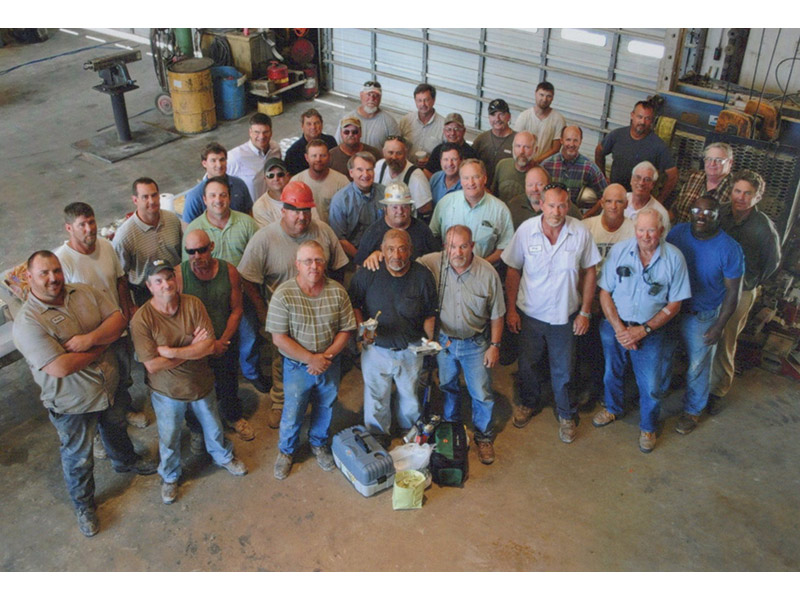