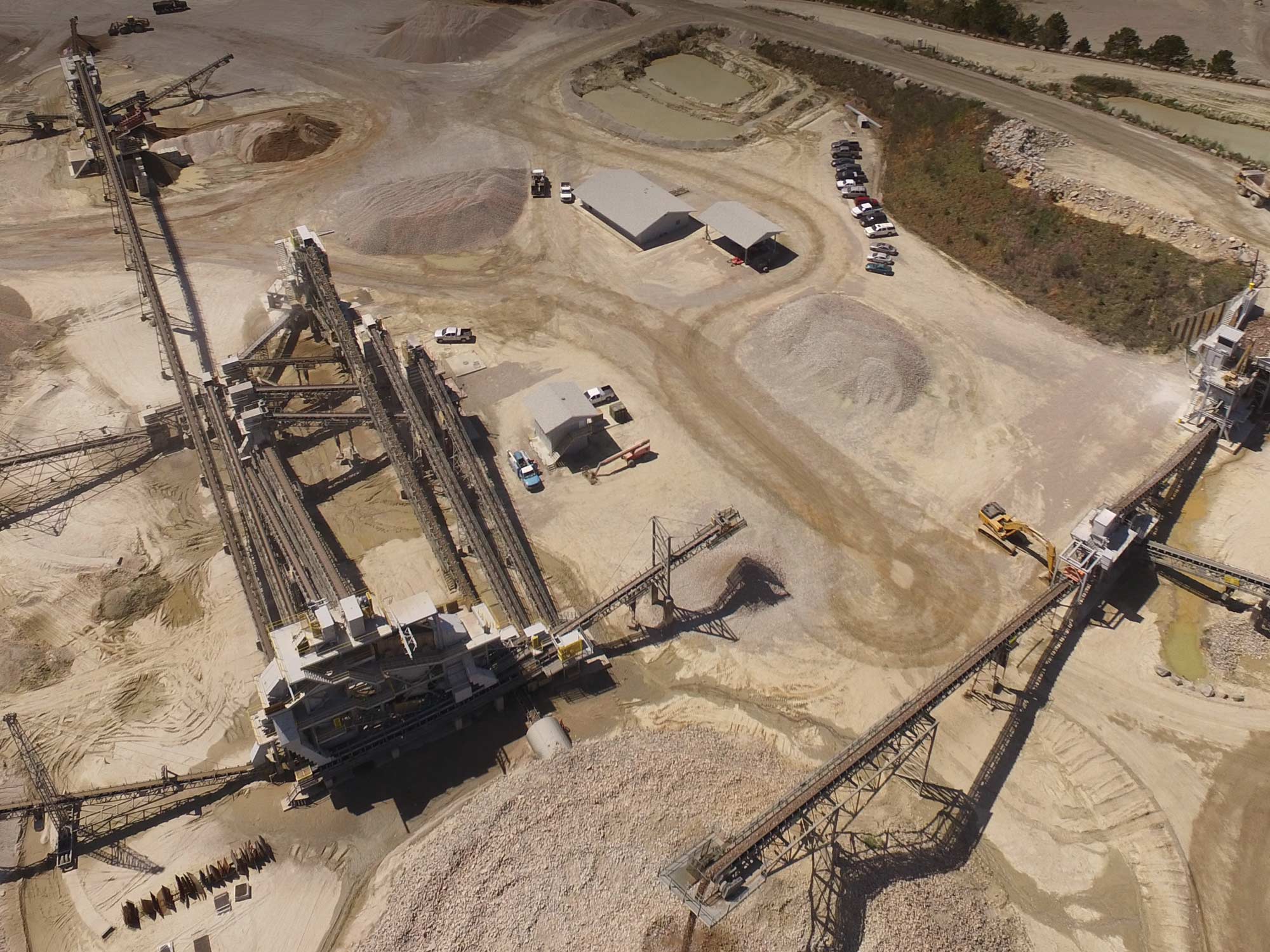 Finding granite deposits can sometimes be as difficult as finding a needle in a haystack. For years, geologists had searched for productive deposits in Nash County without success. Then, in 1988, Wake Stone geologist David Lee was prospecting in the middle of a pine plantation near Interstate 95 north of Rocky Mount. He found what had eluded other geologists and, in doing so, gave Wake Stone the inside track on the county’s first quarry. Wake Stone originally planned to obtain and permit the site for future development. However, competitive pressures and growing demand forced the company to open the quarry in 1990, more than 10 years ahead of schedule.

Nash County is unique among the company’s operations. The other four locations sell most of their products in a two to three­ county territory. Nash County ships to customers in 25 Eastern North Carolina counties. The market’s size has made it neces­sary for Wake Stone to adopt new marketing approaches for the quarry.

With sales firmly established in eastern North Carolina, a new office building was constructed in 1998. And in 1999, a major plant renovation was completed, allowing the Nash County Quarry to easily meet customers’ needs in an efficient manner.

Hurricane Floyd in September 1999 presented an extraordi­nary challenge for the Nash County Quarry. Massive flooding in Eastern North Carolina created a critical stone shortage in that part of the state. The Nash County crew, with the assistance of employees from our other quarries, shipped stone 24 hours a day and produced stone 7 days per week for the next month. Through the efforts of these men, much of the destruction caused to roads and railroad lines by the storm was quickly repaired.

The Nash County Quarry is located adjacent to Swift Creek, a tributary of the environmentally sensitive Tar River. Beginning in 2004, Johnny Bratton and David Lee began working with the NC Division of Water Quality and the Tar River Land Conservancy to develop a 25-year plan that would allow the company to mine vital reserves with limited wetland impact. This long-range plan required the Company to purchase or create mitigation for the wetland disturbance. After finding a suitable mitigation site in Warren County, and approval of a mitigation plan, the construction crew led by Seth Miedema completed the mitigation work in 2008. A win-win-win approach previously unseen in our state has provided access to millions of tons of reserves while at the same time improving water quality for the Tar River.

Superintendent Wayne Hill was hired in 1998 as the Nash County quarry welder, and was promoted to the plant foreman position at Triangle in 2001.  A lifelong resident of Spring Hope, Wayne was promoted to superintendent at the Nash County operation in 2012.  Pit foreman Rodney Martin, plant foreman Curtis Holley, and office man­ager Michael Worrells provide many years of experience to the quarry management team. 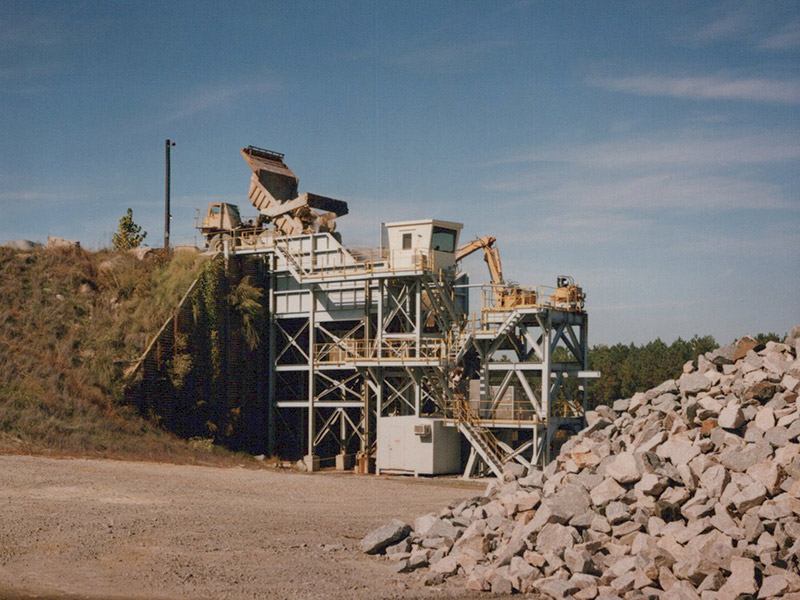 Load being dumped into jaw crusher 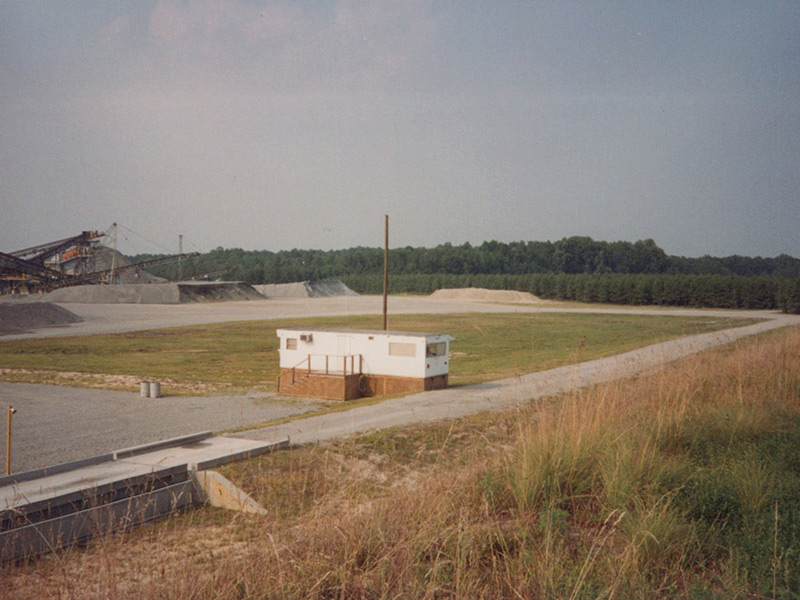 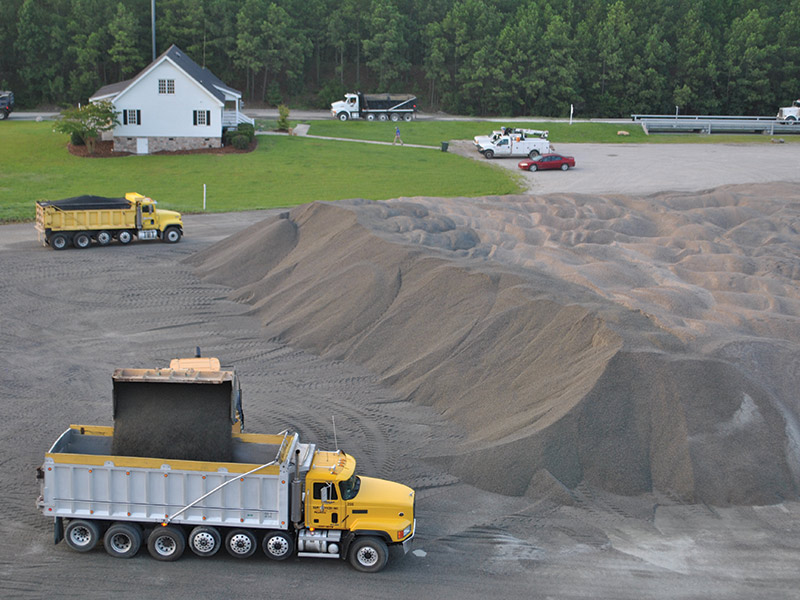 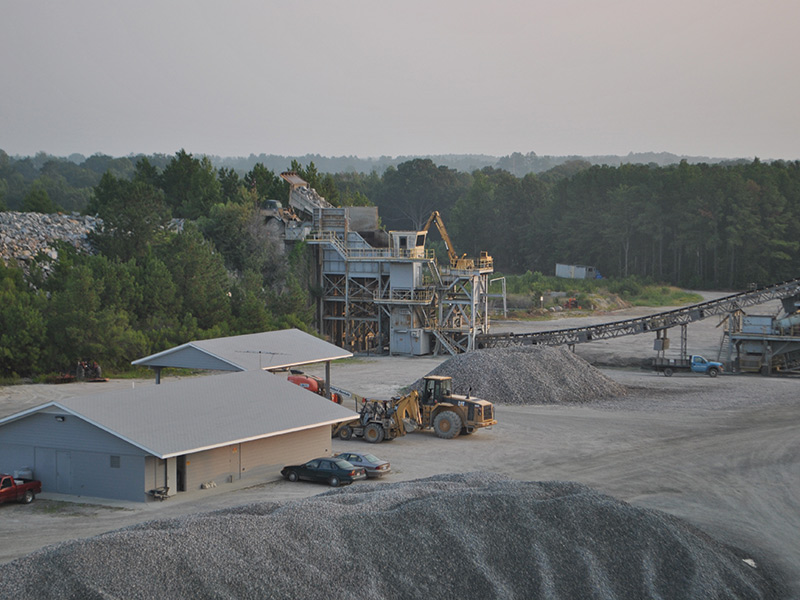 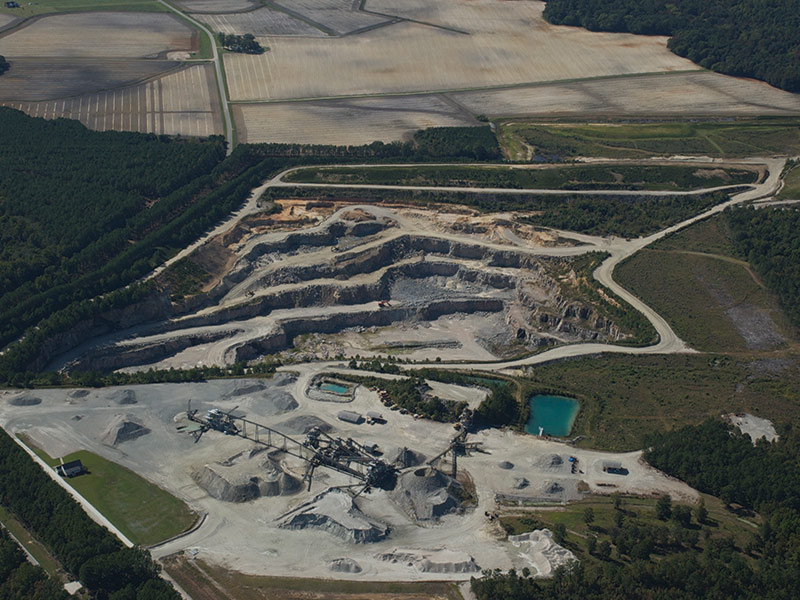 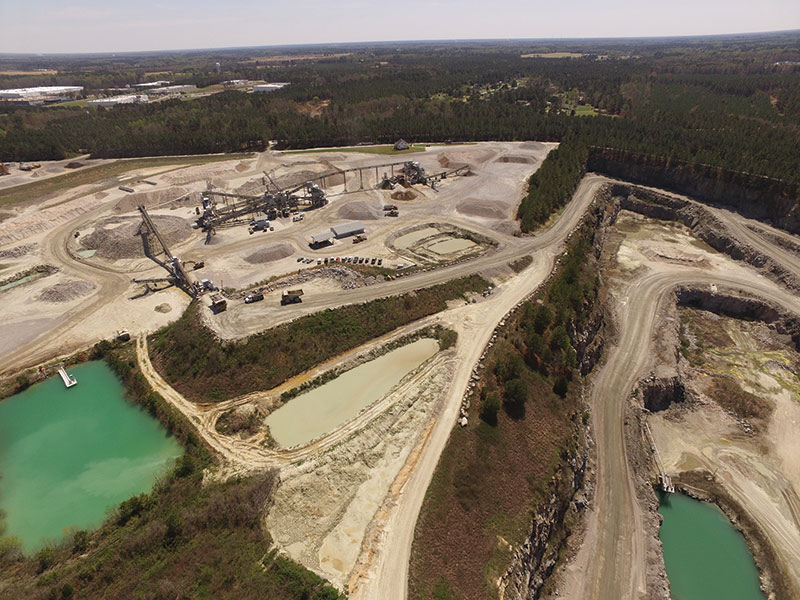 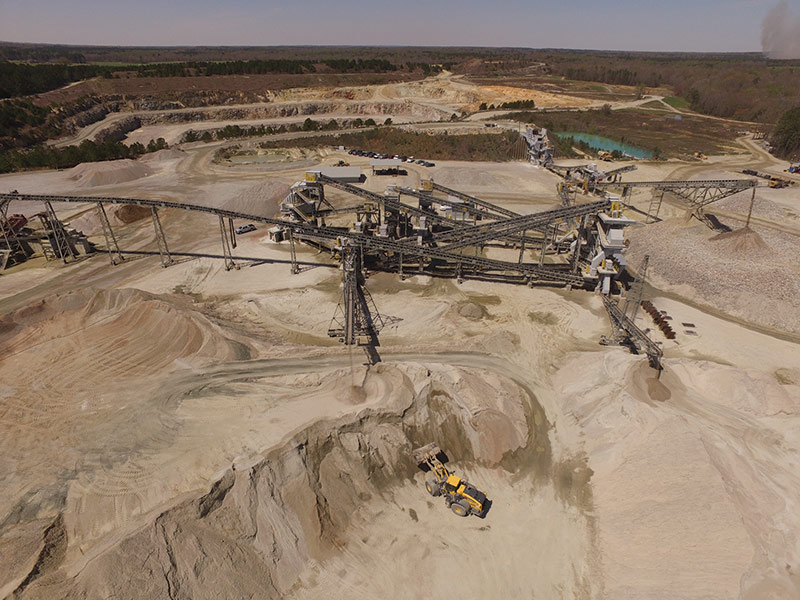